A short birding break on the island of Gran Canaria in search of the island’s key species and sub-species took place from December 27th 2016 until January 3rd 2017.

Arriving late afternoon, it was from the airport to the hills on the 27th, arriving at the cottage accommodation just after 8pm having mastered the winding road, full of hairpin bends, from the main coast road to the town of Fontanales.

The first part of the day was spent tea drinking on the terrace, overlooking the valley just south of Corvo. It was quite productive with Canary Islands Chiffchaff Phylloscopus canariensis canariensis, Great-spotted Woodpecker Dendrocopos major canariensis, Canary Serinus canaria, the soon to be split Robin Erithacus rubecula marionae and Afrocanarian Blue Tit Cyanistes teneriffae hedwigae, and a couple of Buzzard Buteo buteo insularum seen quite quickly within an hour or so. 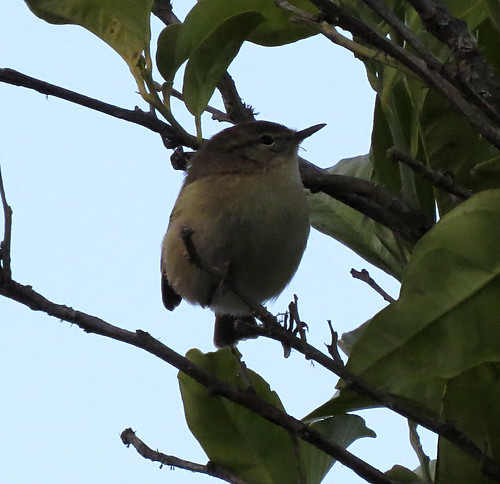 It was then on to the northwest tip of the island at Faro Sardinia. Here the first Berthelot’s Pipit Anthus berthelotii berthelotii of the trip were found. Two very confiding individuals showed well for a long period, and the first Yellow-legged Gull Larus michahellis atlantis were observed. After finishing here, a group of c30 Plain Swift Apus unicolor were observed for 20 minutes of so, showing down to several feet.

Then it was back to the hills, stopping in a couple of places. Canaries S. canaria were particular numerous, and a couple of Sardinian Warbler Sylvia melanocephala and the first Monarch Danaus plexippus of the trip were noted. 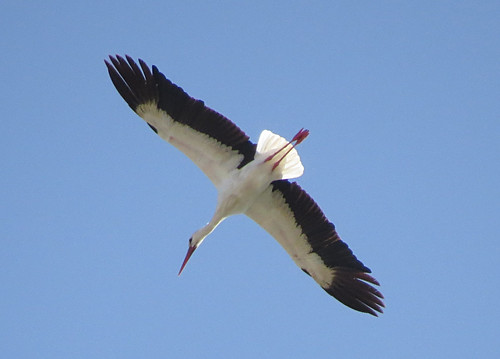 Pressing on further south, the latter part of the day was spent at La Charca, a tidal lagoon in Maspalomas. 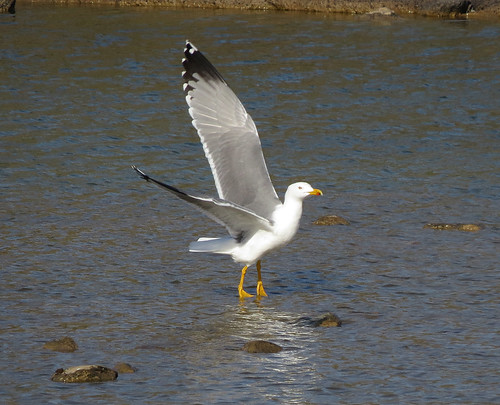 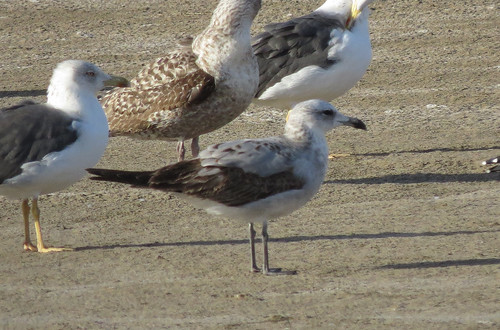 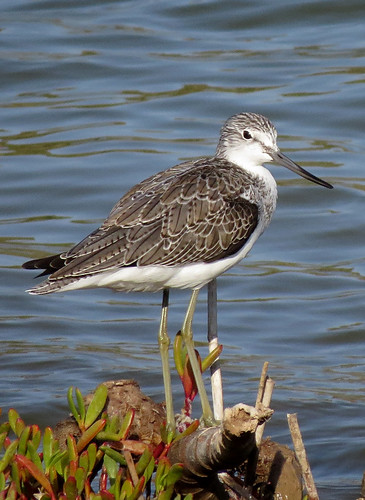 The dunes to the east of the lagoon were searched, with Sardinian Warbler S. melanocephala showing well, and a flock of Canary S. canaria and Spanish Sparrow Passer hispaniolensis feeding together, with three Hoopoe Upupa epops present nearby. 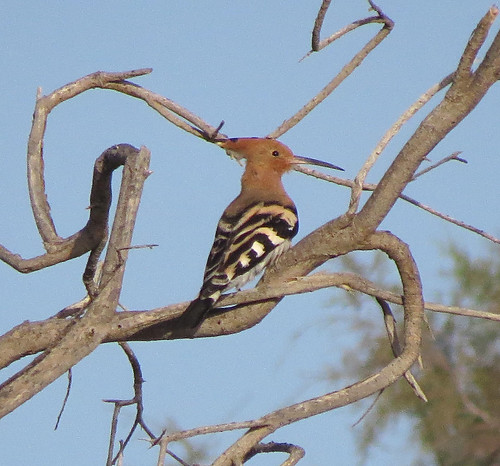 The final highlight of the day was a flock of Common Waxbill Estrilda astrild heading to roost near a restaurant at San Agustín.

Day three was a trip further up the winding roads south from Fontanales, with the first stop being the stunning viewpoint of Mirador Degolla de Becerra.

One of Gran Canaria’s most famous skylines, it was fortunate we arrived ahead of the day trippers! Fortunately, great views of a confiding Berthelot’s Pipit Anthus berthelotii berthelotii were obtained – something that wouldn’t have been possible had we arrived later. 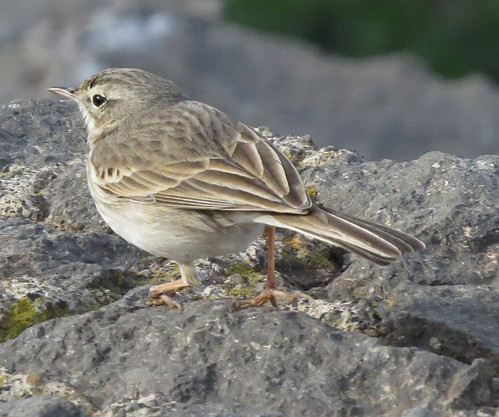 Also present were some showy, but impossible to photograph Afrocanarian Blue Tit C. teneriffae hedwigae and a large flock of Canary S. canaria.

The winding roads then took us to the pine woods of Los Llanos. The best place on the island to see the soon to be split Gran Canaria Blue Chaffinch Fringilla polatzeki. On arrival, Fringilla were present, but alas they were all Chaffinch F. coelebs canariensis. With few people about, having failed in the first picnic area, a walk was taken around the woodland. Birds were scarce, but great views were obtained of Afrocanarian Blue Tit C. teneriffae hedwigae. 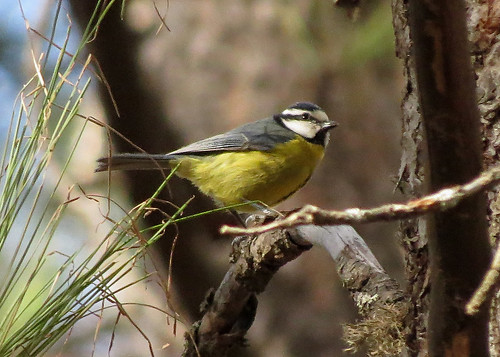 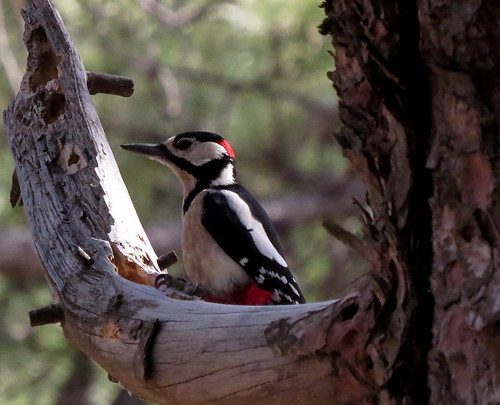 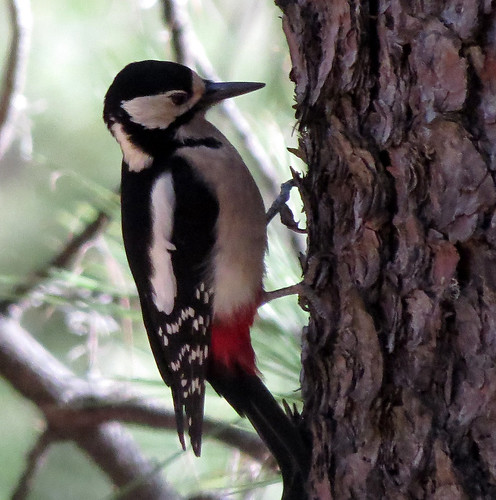 As the woodland opened up, more Canary S. canaria were present, several singing males noted among the flocks, and a couple of Raven Corvus corax canariensis were also seen. 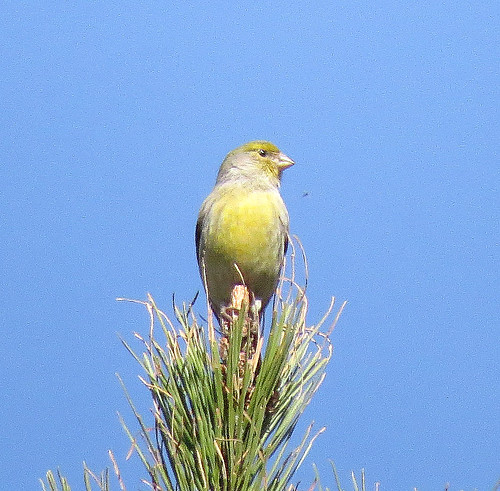 However, after several hours, defeat was accepted in the quest for Gran Canaria Blue Chaffinch and a late lunch was taken in a nearby town, before a slow drive back to Fontanales admiring the stunning scenery the island has to offer. 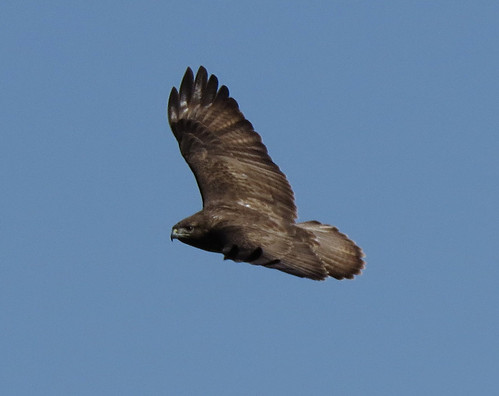 After a morning and lunch enjoying the sights of Moya, and the numerous Monarch D. plexippus present in the town, an afternoon walk was taken around the hills south of Fontanales. A couple of insularum Buzzard showed well throughout the afternoon, with the valley constantly echoing to the sound of Red-legged Partridge Alectoris rufa intercedens. 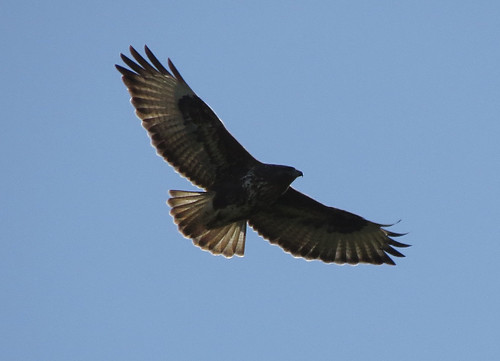 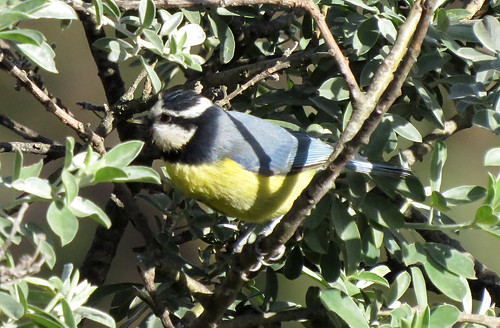 One of the highlights of the walk proved to be a very showy Island Darter Sympetrum nigrifemur. Like Highland Darter S. nigrescens the debate still remains as to whether these are just a form of Common Darter S. striolatum – the book Djikstra/Lewington refers to nigrifemur and nigrescens as the two ‘Atlantic’ Darters. 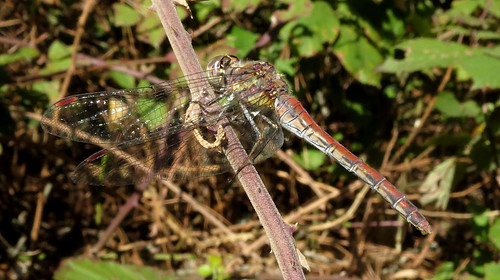 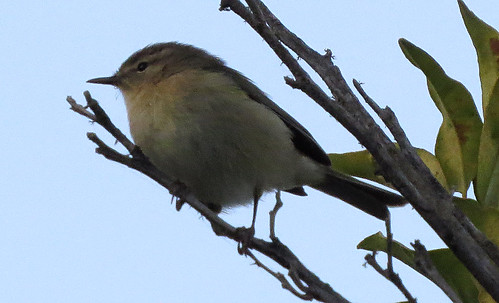 It was determined that New Year’s Day was to be a relaxing day. However, it was an entire day spent being frustrated by elusive Canary Islands Chiffchaff P. canariensis canariensis feeding on apples, but never offering brilliant photo opportunities. 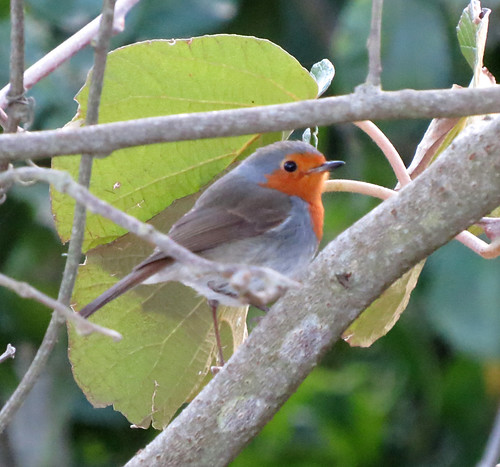 Eventually as the day wore on, record shots were obtained of Marionae Robin, and as the light went, Chaffinch F. coelebs canariensis finally appeared for record shots. 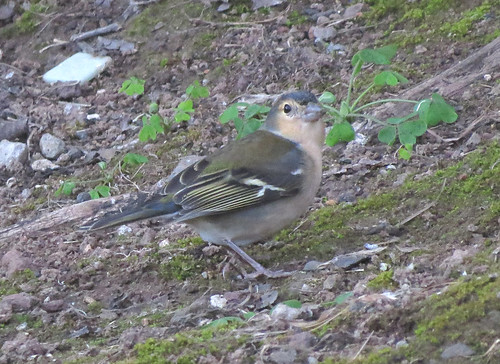 The final birding day saw a return to Los Llanos in search of Gran Canaria Blue Chaffinch. With it being New Year, many people were walking before we arrived. Despite searching all the picnic areas and walking around the woods, it ended in failure. However, the Raven C. corax canariensis showed well, with a minimum of 14 seen and canariensis Great-spotted Woodpecker were quite abundant and showy.

Gran Canaria Blue Chaffinch – I guess I’ll have to return!